This is the last in a series of 4 posts where I explore one of my parenting fails – my inability to control my temper when my kids push my buttons.  If you’re just joining us, please go back and read Part 1, Part 2, and Part 3. The following list is a continuation of the tips I shared in Part 3 – helpful parenting tips I’ve learned so far. 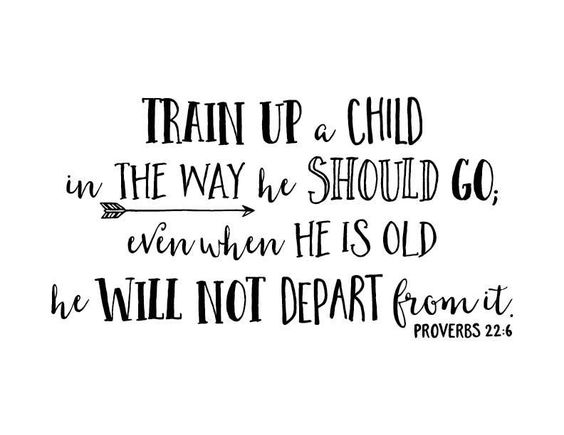 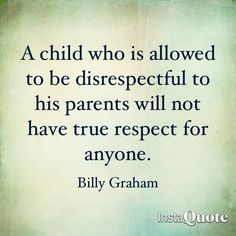 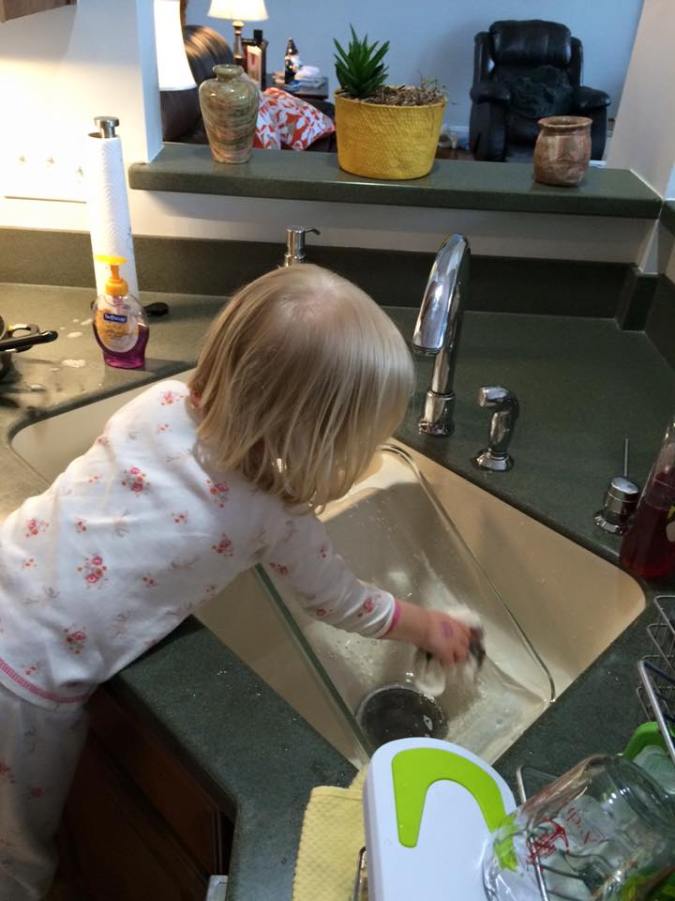 Emery helping me wash the dishes – she was about 3. 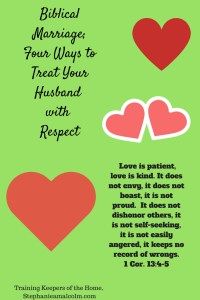 My son isn’t a bad kid.  More than likely, neither is your kid.  Our kids are just being kids at their stage of development doing what kids do at that stage.  As parents, we have to learn how to work through that as best we can and get out on the other side with our sanity and our relationships with our children in tact.

Above all else, we have to fight every day to choose joy in parenthood, or Satan will steal it.  He’ll lull us into a cycle where we focus on all the things our children are doing wrong and miss all the wonderful things about them.  That’s how he steals the joy in families, especially from mothers.

Oh man!  That opens up so much more to talk about when it comes to our children, and more I should tell you about my struggle with my mommy-temper, but I should probably move on for now.  I imagine there’ll be more opportunity for me to revisit this subject soon enough.

What situations are most difficult for you when it comes to your children’s behavior?  What makes you “lose it”? What tips and advice have you found to work when you’re in tough interactions with your children?

Next week is a first on the Servant Girl Stories blog – we’ll have a guest post!  You’ll meet Leigh Anderson, founder of Be Still Mama, a women’s ministry at First Baptist Church of Indian Trail.  Join me next week for her post about what happens when we have a critical spirit.

Ethan was sitting in the backseat of the car listing his favorite songs that play on K-Love, the Christian radio station we play.  Then, Hillsong United’s “So Will I” came on, and he quickly added, “ Oh, I like this one, too.” Bill and I looked at each other and grinned, thankful that he is listening to, learning to sing, and appreciating music that glorifies God.

It reminded me that he’s a good kid – he’s not perfect, no one is – but he’s got a good heart (and he loves the Lord, thank goodness).

Why is it so difficult, then, to be his mommy?  Why do I lose my temper with him so often?

Today, I want to explore what I have learned so far on my 9-year parenthood journey.  The lessons have come from trial-and-error, tears, arguments, seeking advice from other moms, reading parenting articles, and just good ol’ experience.

Ethan, Emery, and I pose together on our vacation last summer (2017).

I’m not professing to be an expert…the last few posts have shown quite the contrary.  Despite this fact, I know I have learned some valuable lessons along the way, and I want to pass along some of these tidbits.

Granted, it is still difficult to act on what I know when I’m in the throws of dealing with disobedience or tantrums.  That being said, here’s what parenthood has taught me so far:

For the sake of keeping my posts as brief as possible, I’ll stop there and finish sharing the list next week.  I’ve saved the most important one for last, so you’ll have to come back 😉 Also, I’m going to reveal my first guest blogger who’ll write for you the last week in April.  You don’t want to miss the announcement!!!

Author’s Note: Sharing things that I’ve failed at doesn’t exactly bring me joy.  However, when I began to realize that I was going to have to be obedient to God’s conviction and start a blog, God showed me that I would have to be honest…real…vulnerable. That I would have to be truthful and tell you things about being a wife, a mom, a believer, a woman that maybe weren’t so glamorous or flattering or honorable or joyful.  This was one reason I held off for so long. There are a lot of things I don’t want to tell you about myself. But, in the end, I realized that I am just God’s servant girl, and right now, He wants me to tell you some of the stories He’s given me so you can connect, so you can relate, and so you can see God in my stories and in the stories that He’s given you.

I had one of those days that makes me feel like a failure as a parent. It was a Saturday so it should have been relaxed and fun and happy and sunshiny.  But I yelled and fussed and argued and complained and knit-picked.  And then I furrowed my brow and pinched my lips together and clenched my teeth so hard that I got a headache, and it was difficult to relax my face.

Why? I kept asking myself.  Why do I keep doing this?

Why can’t I get along with my son?  Why am I aggravated by everything he does?

This is one of the biggest sources of anxiety and frustration and shame in my life right now and has been for some time – my relationship with Ethan – and I don’t have anyone to blame but myself.

I just can’t figure out how to get better at being Ethan’s mom.

Ethan and me in 2015 on a chairlift at Tweetsie Railroad.  Bless his heart – he looks just like me when he smiles!

Honestly, this is probably one of the things that pushed me closer to God.  Before Ethan was born, Bill and I were already in church together and I was feeling wooed by God, but it wasn’t until after Ethan was born that I started desperately seeking Him. 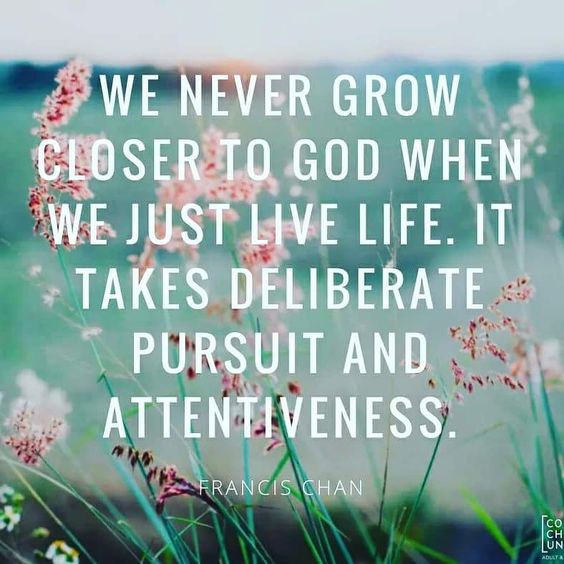 I felt like a terrible mother, and I was begging Him to make me better.

The first 3 or 4 months after Ethan was born were challenging and stressful to say the least, but I was a first-time mom, so that was to be expected.  After about 6 months, things seemed to even out, and it became more enjoyable. Ethan was a smiley, happy, bouncy baby for the most part, and Bill and I kind of settled into the parenting thing.

Then, God convicted me to leave my full time job and stay home with Ethan – another fairly smooth transition.  We had our routine. We ate. We read books or built with blocks.  We played outside. We strolled around the neighborhood. He napped.  Things were doable. I found joy.  The parenting thing wasn’t too bad after all.

He was easy to get along with, easy to redirect, easy to pacify.  He liked to be read to and to play with his toys and to be outside in the sun.

When he turned 2, I didn’t see any of the Terrible-Twos stuff many people bemoan, so I naively thought we’d missed that somehow.  Maybe Ethan wasn’t going to do that stuff?!

Then, along came about 3 or so, and all of a sudden, my pleasant, smiling, easy-to-get-along with little fella started saying no to everything I asked him to do, refusing to nap, being difficult to redirect from one activity to another, and complaining about the food I got for him (which was exactly what he’s just requested not 2 minutes before).

Where the heck was my precious angel-baby?

I had no idea what to do!  I’d always heard that children would test you…”just be consistent” was the advice I replayed from my pre-child days.

So, I was consistent…I thought.  But a day turned to a week which turned to two months which turned to a year, and he was still disagreeable and stubborn and wouldn’t nap and complained about his food and didn’t like to stroll around the neighborhood anymore.

And I still didn’t know what to do.  “Be consistent” didn’t seem to be working.  So, instead, I decided I could be more stubborn than he could.  I was the parent, and he would do what I said.  (I know. I know.  I’m supposed to be the adult here.  I didn’t say this was the right decision or the most mature parenting move I could have made).

At some point, I don’t exactly know when, I started screaming and yelling and slamming whatever was in arm’s reach onto the table or the floor and making him sit in the corner and spanking probably more than I should and making the “mad face” as he called it.

All this led to a TON of guilt.  I cried – correction, I blubbered.  By myself and to Bill mostly. But, I cried a lot.  I also started praying about my temper.  I know parents have to be in charge and to  discipline their children, but I knew I was taking it too far when I lost my temper the way I did.

I honestly believe this was what drew me so close to God during this season of my life.  I had to learn to lean on Him because nothing I could do was working. 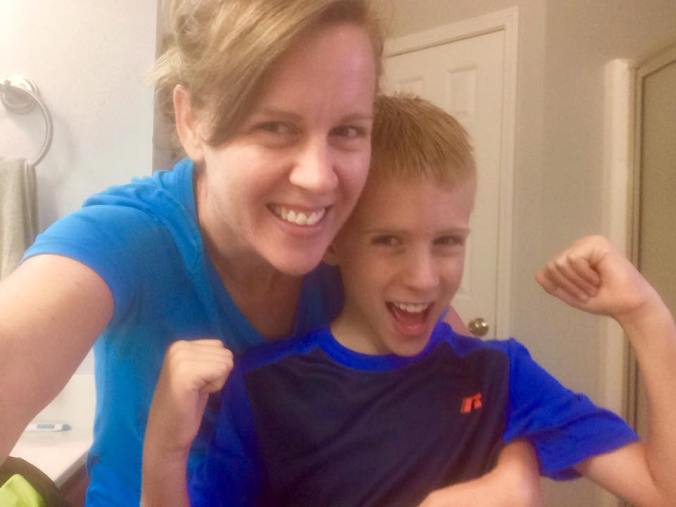 Next week, in A #parentingfail – Part 2, I’ll share some things I have learned along the way about children and tempers and consistency.  I’ll also share some specific words from God that I’ve gotten in response to my petitions for Him to take away my temper so I wouldn’t scream at my kids anymore.  I think you’ll be surprised at some of the answers I’ve gotten.  I know I was.

How about you?  What have you learned from going through the Terrible-Twos or Terrible-Threes or Terrible-Tweens or whatever difficult stages you’ve walked through as a parent?  Where did you go for help? What did you find that didn’t work? What did work? Where are you now in your parenting journey? Any advice from those with older children to those with younger ones?  Can we survive this thing called Parenthood?!