When you look back over your life, and see how things are coming together, and understand how one decision in one moment created a mistake that changed things and brought you to where you currently stand, do you wish you could go back to your 18-year-old or 25-year-old self and warn yourself not to do it?  Sometimes I do.  Then, I realize that our lives were set in motion long before we were even being put together in our mothers’ wombs.  What we did we were probably going to do no matter what, so it is a waste of time to wish you could change it.  The best we can do is to ask God to show us what He wanted us to learn from what we did and how He wants us to glorify His name through that experience and move on – as the person He intended for us to be as a result. 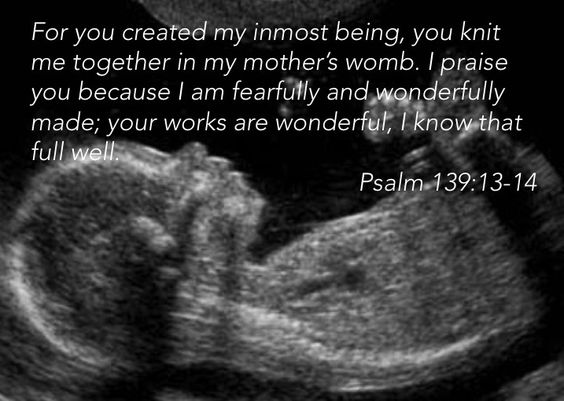 But, there are times when I still can’t help but think, “What if?”  What if I hadn’t taken that Introduction to Religion course?  What if, when I began having doubts, I’d prayed for God to show me the truth?  What if I had opened the Bible to see what God had to say?

What if, a few semesters after the Introduction to Religion course, I hadn’t taken that Survey of Asian Religions course?  This was another elective, and I chose it so I could have a class with the guy I was dating at the time.  Turned out to be an extremely stupid thing to do for many reasons, one of which was the fact that we broke up early in the semester, so I had to sit through the other 3 ½ months of the semester in a classroom with him!

This class covered Buddhism and Hinduism and other minor Asian religions.  What I saw were a few similarities between these religions and Christianity: how to treat others and how to live, for example.  It seemed everyone had a variation on the Golden Rule.  There were also a myriad of creation and flood stories.  All this information and these perceived similarities burst through a door in my mind, further muddling and blurring what was true about Jesus.  Things started mixing up.  I continued to hear that Intro to Religion teacher explain that religion was what man created as he tried to figure out how he got here and what he as supposed to do.

All this jumbled together.  I didn’t take captive any thoughts.  I didn’t guard my heart.  I didn’t pray and ask God to show me the truth.  I didn’t talk to any trusted Christians.  I just jumped head first into this…hole.

I remember thinking, “Everybody’s just trying to figure out the meaning of life!”  That led me to conclude that everyone was right; all religions and belief systems were valid.  Everyone just created their own realities – little ‘t’ truths.  What is right for me and works for me isn’t necessarily right for you.  This led me to another conclusion: How can I tell someone of a different belief system that they are wrong?

By the end of my four years in college, I had developed a tolerant, open worldview.  I know a name for it now: relativism.  You do your own thing, have your own beliefs, and you’re right.  I will do my thing and have my own beliefs, and I’m right, too.  I picked off the buffet of world beliefs and created my own worldview that suited me and the way I wanted to live my life.  It was “I won’t mess with you and tell you that you’re wrong, and you won’t mess with me and tell me I’m wrong”.  We’ll all just get along!  It was very nice and non-abrasive.  There isn’t much to argue about or stand up for with this worldview.

What can I say?  It seems like total craziness when I write it now, but that is where my mind was, and I was totally happy with it.

The problem with this type of thought process is that there isn’t any room for Jesus to be a real man, much less the Son of God. I never thought of that when all this mess started, and by the time I had arrived at my own worldview, He didn’t fit in anymore.  If everyone’s reality is right for them, then Jesus isn’t who He said He was.  He wasn’t born.  He didn’t walk among us.  He did not turn water to wine or heal people.  Most importantly, He didn’t die for me, walk out of the grave, or ascend back to heaven.  He isn’t alive and loving us today.

All the truth about Jesus and who He was got gobbled up by worldview I created for myself.  There was no room for Him.  Before I knew it, He was gone.

That’s scary, isn’t it?  It is scary on this side of that experience, now that I have been reconciled back to the Lord.  But I wasn’t scared at the time.  I didn’t realize the seriousness of my situation.  I didn’t realize that I had turned my back on God.  It just happened.  I was just living in it.  And, I thought I had been so smart to figure it all out.

Have you ever doubted something you thought you knew?  If you are a Christian, have you ever doubted that God existed?  That Jesus was real?  That He really did all the things the Bible says He did?  Maybe you’ve questioned that God had your best interest in mind.  Maybe you wondered if Jesus was really the only way to salvation.  Are you willing to share those doubts and questions here?