Hair still damp, she rushed through the door and ducked into a pew close to the back of the church.  Service had already started, and the congregation was standing, hymnals in hand. The lady standing next to the spot she’d taken offered to share her hymnal, so the girl nodded, thankful. At the end of the service, the lady introduced herself and handed the girl a piece of paper with her name, phone number, and address on it.

“If you need anything, please call me,” the lady said, a pleasant smile on her face.

“I can’t believe you gave me your address the first time you met me!”  Tiffany’s eyes were saucers, and her voice was raised. But she was grinning.  “I could’ve come to your house and killed you!”

Carol laughed and turned to me, her eyes genuine.  “Sometimes you just know what to do. I could tell she was young.  She introduced herself as a freshman at UNC Wilmington. I thought it was remarkable that she was at church…and by herself.  I knew it would be ok.”

She looked back at Tiffany, and they exchanged warm expressions.

I am privileged to have met Carol and gotten to know her through her relationship with my sister Tiffany.  Naturally, when the idea for Portrait of a Servant Girl came to me two years ago, Carol’s was a name I quickly scribbled onto the list of women I should feature. 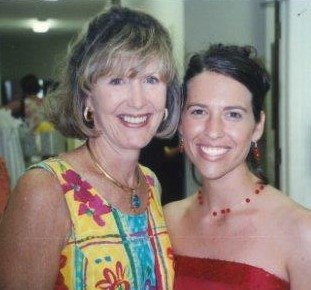 Carol and Tiffany in 2004 at my wedding.  (Image used courtesy of Carol Gandee-Jones)

The opportunity to meet her came when my family vacationed in Carolina Beach this summer.  One evening, Tiffany and I drove 20 minutes into Wilmington so I could interview her in her home.

She led us upstairs to sit on the sofa.  Then, she admitted that she’d been praying over our interview all day.

“When you emailed me about this, Heather, and you described me as a godly woman…” she broke off, looking back and forth between Tiffany and me.  “Well, I’ve certainly made my share of mistakes.”

We all have.  There’s no denying that.  Thankfully, we have the gift of grace, and God offers us salvation.  When we accept it, Jesus’ blood wipes away all our mistakes.

This saving grace is something Carol has gladly accepted and vividly experienced.  Now, it’s part of her life’s story, and she has graciously allowed me to share that story with you.

Carol was born and raised in West Virginia, spending the first 3 years of her life with her grandparents as her father served in the military.

Even after her father came home and found work in a coal mine, her grandparents’ home continued to be a refugee. 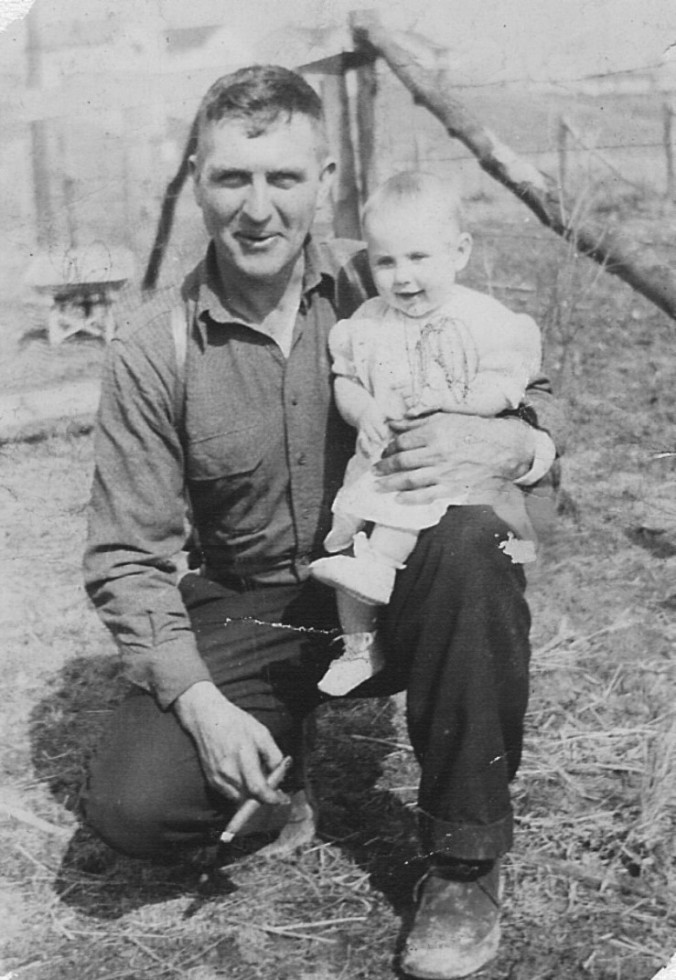 Carol and her grandfather.  (Image used courtesy of Carol Gandee-Jones)

“My parents seldom attended church,” Carol told us.  “My father was an abusive alcoholic, so I stayed with my grandparents as much as possible, which gave me the opportunity to go to church with them.”

For Carol, both her grandparents’ home and their church were places that provided security.

“I felt safe there – at church with my grandmother.  It was so different from being at my home,” she said.  “I wanted to feel safe and to belong somewhere, and the church provided that.”

In their church, members believed that a child wasn’t able to accept salvation before the age of 12.

Carol waited desperately to turn 12 so she could ask Jesus to live in her heart.  Finally, her chance came at a revival after her 12th birthday in July.

“I can still remember going to the altar that night and asking Jesus into my heart,” she said, a faraway look in her eyes.  “I understood that Jesus wanted an intimate relationship with me, and I believed John 3:16.”

Despite the security she felt at the church and the joy she experienced with Jesus in her heart, there was still fear and pain in her life.

Fear because she was the oldest of 5 children and felt tremendous responsibility to protect her younger brothers and sister from their father.

Pain because it was difficult to make friends.  She was too ashamed for anyone to know what her family was like.

Even more fear because there were a great many “do’s and don’ts” in the church.  Don’t play cards. Don’t dance. It was difficult to keep up with everything.

“It felt like God was looking over my shoulder,” she confessed, “waiting for me to mess up.  Judging me. I wanted to be perfect and good so God would continue to love me.”

At the same time Carol felt pressure from her church to be perfect, she also felt from her father the need to strive for perfection.

“He was controlling, and he demanded perfection,” Carol explained.  “He never offered praise or encouragement. Mostly, he just looked for ways to punish.  So, I learned to work toward excellence. I thought if I could just reach this ideal, I could get some positive attention.”

Carol’s drive toward excellence did help her earn a scholarship for college.

“My dad wouldn’t let me go though,” Carol said as she settled back into the plush pillows of the couch, folding her hands into her lap.  “He said, ‘why waste the time when a woman’s just going to get married and have children’?”

Her pain was heavy in the room.  Tiffany and I were both quiet. It seemed disrespectful to that memory to hear the scratching of my pen, so I stopped writing.

Carol continued, shrugging.  “If I couldn’t get out by going to college, it seemed my only other choice was to get married.”

Carol’s story will continue next week.  Please join me here again as I share with you what Carol described as the first real crisis in her life which she encountered at 32.

To subscribe to Servant Girl Stories and receive emails each week when I publish posts, please subscribe to the blog (in the right sidebar).