“The day of Jenny’s funeral, Steve’s 90-year-old father had a heart attack, and we left for Tennessee that night,” Susan told me, her shoulders slumped a little.  “Ten days after that, he passed away. Through it all, the Lord carried us as our dear, sweet church prayed for us.”

Susan and I sat in the den of the home she shared with Steve, her husband of 45 years.

Steve and Susan on their wedding day

She described to me her life as a believer in Christ. One of the most striking things she shared with me was the sudden death of her daughter Jenny who suffered an aneurysm at the age of 29.  Susan detailed the love, support, and prayers from their church that surrounded their family and carried them through a devastating storm.

On March 31, not long after she and Steve returned from Steve’s father’s funeral in Tennessee, Susan got a call that her mother had gone into congestive heart failure.

“When I talked to her, I said, ‘Mama, you can’t die on me, too.  I really need you right now!’ And she did help me a lot. She listened mainly and gave me suggestions about things to do like putting away Jenny’s bed and changing her room,” Susan explained.

She gave more details about learning to grieve Jenny’s death.  “I came to the conclusion that grief is a process, and it would take time.  Even if I put away everything that reminded me of Jenny, the grief would still be there.  Only the Lord can heal grief.” She paused, remembering that process. “As I was trying to save everything that Jenny hand-wrote, I heard the Lord tell me, ‘You will either join the living or join the dead.’  I guess it would be easy to mourn yourself to death and isolate yourself from the living. I believe that is how Satan tries to smother out your life when someone dear to you dies.”

During conversations with her mother, Susan talked about praying that the Lord would help her accept Jenny’s death.  Susan’s mom said she would pray for that, too.

“My mama and I talked a lot on the phone over the next eleven months until she passed away on her birthday, February 14, 2009.  Several years later, I was able to put Jenny’s bed back in place in her room. I changed the comforter, but I put up pictures of Jenny on the walls and put out some of her favorite things.  These bring sweet memories of her beautiful life on earth.”

Steve, too, had a lot to endure as he grieved over his daughter’s death and his dad’s death and worried about being out of work and his elderly mother living in Tennessee.

He searched day and night for work without success.

“Steve got the opportunity to go back to school,” Susan told me.  “He did very well, and he graduated in 2010 with an Associate’s degree from Central Piedmont Community College.  After graduation, he still had difficulty finding work in his field, so he applied at Lowe’s but changed his mind because the job would require him to work on Sunday.  A week or two later, the Lord opened the door to a job that was more in line with his expertise. We knew this job was not equal to the work that he was designed to do, so we continued to pray.  We knew God had something for us to do. We also knew God would take care of us while we waited.”

Susan was grateful for the provision God gave during the time of Steve’s unemployment.  One of the biggest ways God provided was in respect to the home they built when they moved to Monroe in 1992.

“One of our main concerns was losing our home during unemployment,” Susan told me.  “But God provided a way to pay off our house while Steve was unemployed through the 401K he started in a previous job.  We used it to pay the whole thing off.” Susan beamed. She told me confidently, “The Lord always provides a way.”

Also during Steve’s unemployment, God opened the door for Susan to work outside the home.  “I got to work with school children, just like Jenny did.” Susan’s eyes shone when she said this.

She found fulfillment in after-school and summer camp programs for public and then private schools around Union County.

This is what Susan was doing when I met her through the Mothers of Preschoolers group (called MOPS for short) at our church.

During a particular MOPS meeting, she gave the devotion and talked about the need for Christians to tell others about God.  She said that Jesus told his disciples to spread the Word, and that she was certainly going to do it, too. I was struck by her boldness, and I realized that she was indeed a godly woman.

It was during this devotion that I remember her sharing about how she talked to some of the students about Jesus.  She was in awe when she met children who had no idea who Jesus was, had never seen a Bible, or had never been to church.  She realized God had given her a mission field.

The public schools would allow teachers and leaders to teach the Bible as history especially during holidays, so that is what she did.  She remembers three children asking her how to go to heaven, and she told them. They were saved on the playground.

At this MOPS meeting, I recall her saying, “I am going to talk to these kids about Jesus even if it gets me fired.”

I’ll never forget that day in MOPS when Susan made that statement, and when I mentioned it, she recalled it with a twinkle in her eye.

“Well, we had an empty nest after Jenny died.”  Susan’s voice and face went a little flat. “Vickie already lived in Pennsylvania with her children.  Stephanie, her husband, and their son moved to South Carolina shortly after Jenny passed away. And it was very hard.  But God gave me children to take care of in the schools where I worked. I got to be a mom to those kids. I got to tell them about Jesus.”  Now she was smiling again.

In 2017, when Steve was working at a job in Concord that he’d had for about 4 years, he got a call from an old friend he used to work with.  This friend told Steve that he knew of a company that needed Steve’s skills in their workplace; he thought Steve was the only man for this particular job.

“We were excited because we had asked the Lord years ago when Steve would get the work he was called to do? Later, during a fast, the Lord told me that we would receive an answer to our prayer about Steve’s work in November.  Well, the company owner called Steve on November 1st and offered him the job his friend mentioned!”

A huge smile spread over Susan’s face.  “Jesus is our redeemer!” Susan exclaimed.  “He restores all you lost! It isn’t exactly the same, but the Lord of all comfort always gives us just what we need.”

“She reminds us so much of Jenny that it’s amazing!  We are thrilled to see this little girl grow up. It is just a touch of heaven that the Lord gave us.”  Susan described her birth and life as a way God restored them after losing their own daughter.

“You know,” she said after a while.  “We know that the Lord has a plan for us!  He loves us with an everlasting love. We have prayed to work until we die to fulfill His purpose for His glory.”

“The Bible tells us over and over that we have hope in God…not to lose hope in God, so I’m just going to let Him do the driving.  I’m going to pray and trust Him. Satan tried to break us after Jenny died, Steve’s dad died, and Stephanie moved away. But God didn’t let us go, and we didn’t let Him go…and here we are today…still trusting Him.  He can do anything. Nothing’s impossible with God.” 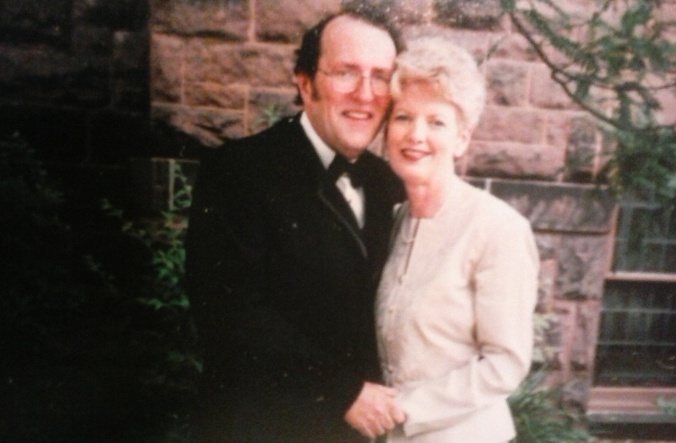