That’s the word I got from God any time I so much as thought about what the future held for me after my daughter started school this year.

I knew Bill expected me to go back to work.  I knew what I had in mind. What I didn’t know was…what would God have me do?

I prayed for my will to be done, but I knew in my heart that just wouldn’t do…especially with God telling me I was going back out into the world.

So, I applied for some work-from-home jobs just because I’m hard-headed, but I also looked into some outside-of-the-home jobs.

Then, last December, at my daughter’s preschool Christmas program, I mentioned to the director that she should hire me as her assistant.

“Don’t you need an assistant?” I asked her.  I knew the answer because I witnessed how hard she worked.

“I would love to have one,” she confessed.  “But we don’t have the budget for that position.”  And then, in the very next breath, she asked, “Would you be interested in teaching for us?”

Long after this conversation, she revealed to me that the question just came out of her mouth when she opened it.  It wasn’t something she already had on her mind.

My husband totally is!  I call him a child-whisperer.  When we work in a 3-year-old classroom at church, those kids are Kuh-Razy about him.  They flock to him with books to read.  They want to sit on his lap. They want him to pick at them or play with them or chase them around the room.

Meanwhile, I’m over there pouring out Goldfish onto paper towels for their snack.

“Kid-people” just seem to know how to work well with children.  They’re patient and even-tempered. They know how to look at children and how to talk to them.  “Kid-people” are funny. Children are attracted to “kid-people.” It’s something about the sound of their voices or how they smile…who knows?!

Whatever it is, I don’t naturally have it.

Don’t get me wrong, I don’t dislike children – I’m crazy about my children for sure – but kids, as a general rule, aren’t attracted to me the way they’re attracted to “kid-people.”

So, when the preschool director asked me if I would be interested in teaching, I immediately started backing away…in my mind.

But I didn’t want to blow it off completely, so I told her it was a possibility.  And, I filled out and sent in a job application.

That was December 2017, and I knew then that I’d work at that preschool.

The more I thought about it and talked with God about it, the more He solidified it for me.

And, I was ok with it.  I knew I heard God’s voice, and I realized where He was leading me.

I’m not doing this out of my own strength or power or abilities; God is doing this through me. 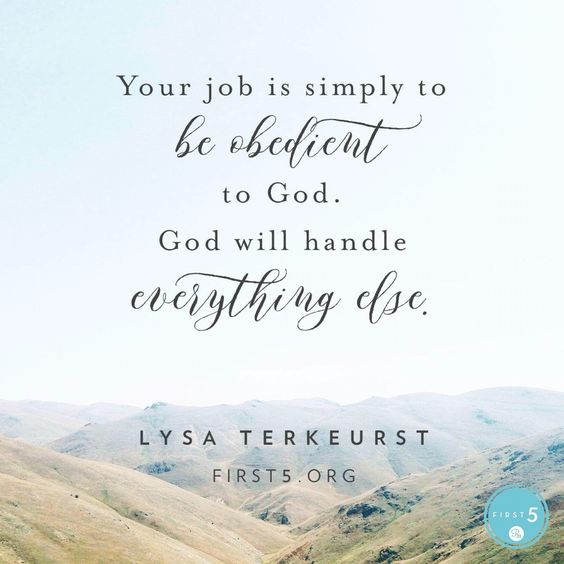 Moses was reluctant to obey God and go to Egypt to free the Israelites.  He repeatedly questioned God about his own abilities to get the people out.  In Exodus 4:10, Moses said, “Please, Lord, I have never been eloquent, neither in the past nor since Thou has spoken to they servant, for I am slow of speech and slow of tongue…”

Gideon was another man who argued about his ability to follow God’s command.  In Judges 6:15, he said, “O Lord, how shall I deliver Israel? Behold, my family is the least in Manasseh, and I am the youngest in my Father’s house.”

Despite Moses’ reluctance, God sent him to tell Pharaoh to release the Israelites from captivity.  And Pharaoh let the people go!

Even though Gideon wasn’t a strong warrior, God sent him to lead the battle against Midian.  And the Israelites won!.

I’m not a natural kid-person, but God is using me to teach children.

God can do things through you that you cannot do in your own power.

I trust His ways.  He is in control. If He wants me to teach preschool, then I’m teaching preschool until He tells me otherwise.

It really doesn’t matter what it is.  I’m there, and I’m ready for it. When it is time, He will show me.

I don’t want to give the impression that I hate my job because I don’t.  I have not driven into that parking lot once and wished I wasn’t there. I don’t stare at the clock wishing it was time to go home.