What are some “little things” people have done for you that ended up making a big impact in your life?  It could have been something your parents did when you were a child or a teacher did when you were in school.  It might be something a co-worker or a neighbor or a complete stranger did. It doesn’t matter who did it; it just matters that it was something relatively small: it didn’t cost much money or take up a lot of time or warrant a great deal of planning.  It was just something… little.

Have you ever done something fairly minuscule for someone else and found out in the end that it had become a significant occurrence in that person’s day, week, year, or entire life?!

When we are the giver of the small thing, we don’t always get to see its influence; we may never know how or if it meant anything to that person at all…and that can be frustrating.

When my son Ethan started preschool, I began putting notes in his lunch box.  When he was too young to read, I drew pictures or wrote simple things he could figure out on his own.

As he got older and learned to read, I would write messages to inspire him or remind him that he was loved.  I might write, “Ethan, remember that you are a child of the King,” or “Remember to smile at someone today,” or “You are my #1 boy.”

At some point, we realized he liked jokes, so I pinned a bunch of jokes onto a Pinterest board and would include one of those on occasion.  (Currently, about 95% of his notes are jokes).  Sometimes, I write the note to Ethan but prompt him to tell the joke to someone else – another kid in his class or even his teacher. On the front of the paper, I might write, “Ethan, ask Nathan if he knows how bees get to school?”  Then, on the back, I write the answer: On the school buzzzzz. 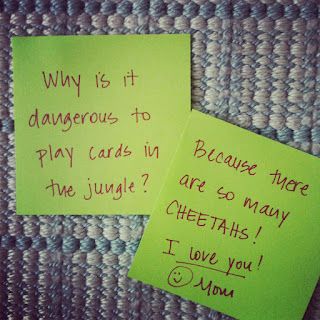 Every once in a while, I’d ask him about the message or the joke on the note.  Many times, he’d say he didn’t remember.  Occasionally, he’d admit that he hadn’t even looked at it. 😦

I was getting fed up, honestly.  It wasn’t that it took a long time to write the note (and if I was smart, I would have written it the night before, but I’m not that smart), but it was another task to check off the list as I was ushering the kids toward the door each morning with book bags in tow.  To be met each afternoon with “I don’t know” or “I didn’t look at it” when I asked about the note was just too much.

After a while, I made up my mind that I was going to stop doing it.  If he didn’t care enough to read it, I certainly wasn’t going to waste the 5 minutes or less it took me to do it each morning.  I could devote that time to more yelling about putting on shoes and finding coats 🙂

Then I went to school and ate lunch with him one day.

I was NOT expecting what happened the moment he sat down and unzipped his lunch box.  Immediately, several hands shot across the table attempting to be the first to snatch the little blue Post-it note from the jumble of plastic food containers.

I watched in awe as first one friend and then another read the joke and passed it down. Kids all over the table were asking to read the joke! (I have found out since then that his 1st grade teacher will still stop by the table and ask to read the joke if she is in the cafeteria when his third grade class comes in)!

I was flabbergasted!  My eyes teared up! Here, I thought that he didn’t care about the note!  I was going to stop writing one! However, it seemed to be a big deal for his classmates and for him.  Plus, it put a HUGE grin on his face!  I looked over at him as the joke was being passed around; kids were reading it aloud, snickering, and passing it onto the next person asking to read it, and he was beaming!  His smile was so big that his cheeks had squished his eyes into slits (although it isn’t hard for his cheeks to squish his eyes when he smiles.  He has my smile, bless his heart, and even a very small smile renders our eyes almost nonexistent).

In that moment, I decided that I would write a joke for his lunch box every day if I accomplished nothing else. 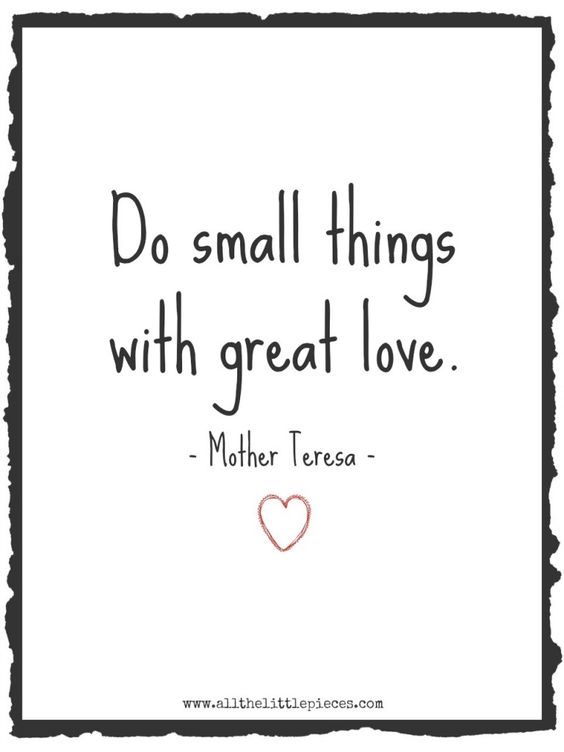 I was blessed to see the fruit of this small gesture – how it impacted my son and his classmates.  Now, there is no way I’ll stop doing it…well, that isn’t true.  He may ask me to stop when he gets older and becomes embarrassed about such things, and I guess then I’ll do what he wants, but until then, I am writing the note!

Every once in a while, I still slip in a little inspirational message.  I figure I’ll get one or two kids before they figure out it isn’t a joke.  And maybe that first kid who snatches the note and reads even something so simple as, “Jesus Loves YOU” will be affected by that – maybe not in that moment but someday, somehow.

What is something small someone has done for you? Have you told that person how much you appreciate the gesture, the gift, the kind words?  Do it! It will only take a moment, but it is so pleasant to know that what you’re doing matters.

What is something small you do for someone else?  Does it seem that your efforts don’t matter? Do you think about throwing up your hands in defeat?  Reconsider! You may never know the impact that small something is having on the recipient or even a bystander, but keep it up.

Most of the time the blessing of giving falls more on the giver anyway. 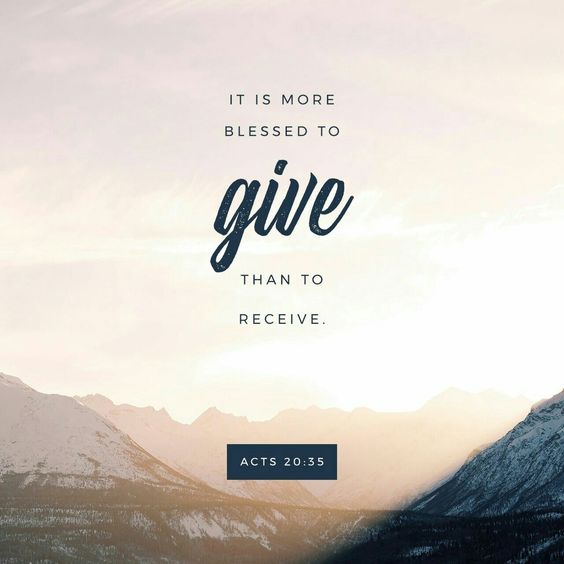